What is a reasonable life expectancy for a car battery?

#1
Looking back through my posts, it seems I replaced my battery last in 2015. After a night out in the cold I notice it took a few more cranks than normal to fire, and it seemed to be cranking slower than usual. So how many years should a battery last? Mine sees regular use, it doesn't usually languish too long between drives.
J

#2
I just replaced mine. I had bought it in 2015. It was not holding a charge. Hotter environments tend to lower the lifespan of a battery.
M

#3
Did batteries change in quality in the 1990's, or have I just sold a car with a miracle battery? My old MGB GT - when I bought it 16 years or so back, the battery looked rather old in terms of the case being a bit marked, well, battered is a better description - it lives under the car exposed to the elements on a BGT - but worked fine. As a 'new owner precaution', I looked through the cars history file - and was absolutely stunned to see a battery receipt from 1993! Checked the remaining tattered stickers on the battery, and sure enough, 'twas the same battery. 16 years in my ownership, and I still hadn't changed it - 28 years old and still working exactly as it should, not even showing a hint of decreased performance. I don't know its lifestyle prior to me, but in my ownership all that it had done was it was charged once (after I flattened it due to starter motor problems). It lived on the car, which was a daily drive for six years, and then off road in the winter. First couple of off-road winter years I disconnected the negative, thereafter never bothered as there were no clocks etc to drain it. The only time I went near it, other than to disconnect if working on electrics or if welding was happening, was its yearly terminal clean and grease. I wish I had kept it now! I don't recall the make of it, other than it was some generic cheapo job.
Sadly my other cars batteries last around seven years before they begin to fail. Someone out there will look at that battery and think 'nah, can't be the same one', or worse, change it because of its dilapidated and battered case!

#4
I'm at 6 years on mine too, Battery appears fine, although my alternator wasn't exactly stressing it with a high charge for the last few months! (Fixed now).
P

#5
2-8 years. Storage with low charge kills 'em. In truth it's a lottery and paying more for a brand doesn't necessary help.

#6
I generally expect 5 years of reliable life for a battery on a car that sees regular use and has a good charging system. I have had luck extending the life of the batteries on my vehicles that do not see regular use by using a battery maintainer, that includes a desulfator, when the vehicle is out of use for any longer length of time.

#7
3-5 years with regular use. Modern batteries in new cars are expected to not be viable after three years.

#8
Mick Rae said:
Did batteries change in quality in the 1990
Click to expand...
I often wonder that myself. When I was starting with cars, we were forever changing batteries, but then sometime in the '90s it all slowed down. I have a battery in my motorbike which has been there for at least 25years and I never charge it over winter, I don't even disconnect or remove it from the bike.
The one in the Rover is well over 10 years old. It's not abused but I never look at it, again not charged over winter.
But then batteries seem to be fine until the day they fail.
When buying I usually go for a 4 year guarantee, so I expect to get 4 years out of them.....

I have come across ebay battery brands I've never heard of, and they don;t last at all. They just fail and leave you stranded.

Staff member
#9
Sparky's battery lasted 8 years from the day I bought the car, so at least 8 year life. maybe more.

#10
lots of factors with batteries that can affect lifespan. abuse. frequent draining and storage with low charges . incorrect fluid levels, a common issue seem to be either plate failure or plates sulphating up . different manufacturing and chemical bonding , plate separators . amount of free room below plates etc too rapid a discharge and so on can and will affect life cycle. as would charging rates . hence newer battery chargers have intelligent charging with pulse charges .fast charge. restore etc I have found my batteries tend to last at least 10 years on average.

#11
My 1998 Honda Accord's original battery died last year, so 22 years of excellent service, one of the cells suddenly went high resistance under load, up till then it was great.

#12
I have had best life lately from the white case Panasonic batteries. Had a German Varta DIN88 die under 3 months in the 928. There are small (matchbox size) devices that fit on battery poles and can report battery state etc via bluetooth to your phone. I have some that I fit to batteries once they are over 2 years old, looking for voltage sag, failure to hold charge etc. Can handle multiple units.
https://obd2australia.com.au/produc...MIrIui8fa19AIVwpVLBR1DKQtYEAQYASABEgIjl_D_BwE

#13
jp928 said:
There are small (matchbox size) devices that fit on battery poles and can report battery state
Click to expand...
Interesting.
In your experience have they notified you of a failing battery, before you were aware? I.e.Are these better than listening to your starter?
If it will catch a failing battery before it fails, then it is worth having. But if you only check in with the 'device' once you suspect your battery is on the way out.......

#14
You can get daily notifications from them. After the first instance of slow cranking I start watching the voltage more closely. I also have an Ultra gauge on one car with ODB-II socket. On the P6 I have a cigar lighter plug that shows voltage, so I can see the charge rate, but these devices are not very accurate in my experience, so you need to compare their reading to a good meter so you can correct their display (in your head).

#15
To complete the battery joke, the one in my Clubbie died yesterday. Was fine 2 weeks ago, did a 50km run with several stop/starts. Now, after a few hours charging it will pull the solenoid in, but produce zero rotation. It is 7 years old though, and at best getting used once a month. Off to the shop. 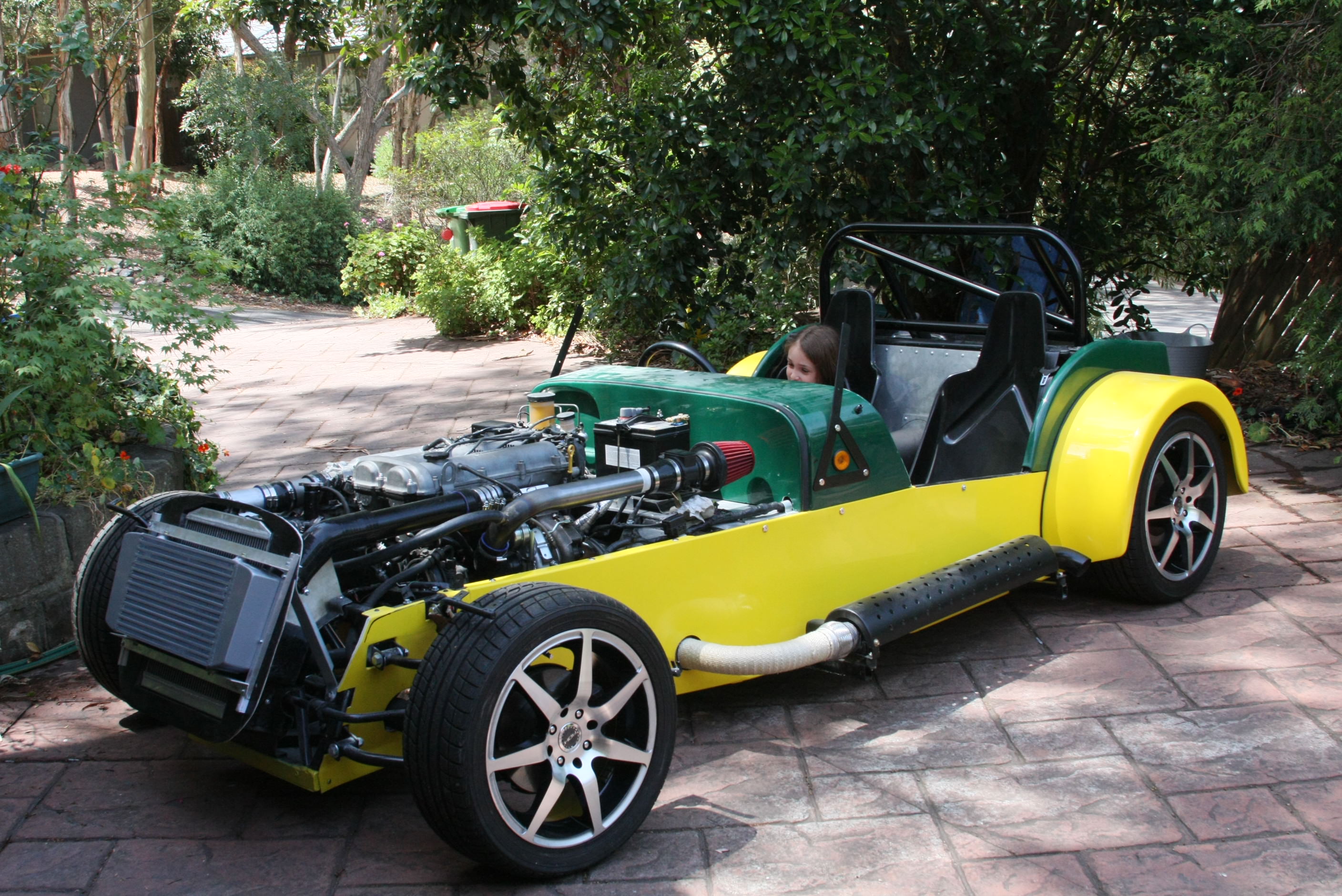 #16
Interesting and frustrating.
I've concluded over many years of using a battery "maintainer" that they will keep batteries charged until such time as the battery decides to give up the ghost and then that can happen suddenly, immediately and irreversibly.
Good luck with the next one.

#18
MikeMelb said:
Interesting and frustrating.
I've concluded over many years of using a battery "maintainer" that they will keep batteries charged until such time as the battery decides to give up the ghost and then that can happen suddenly, immediately and irreversibly.
Good luck with the next one.
Click to expand...
I too have found the exact same thing, many of my cars have been on permanent maintain at 14.20 Volts for many years, my presumption is manufacturing defects or poor design parameters being employed by the manufacturer rather than sulfation or lead loss by other means.
Causes are likely inter cell connections at the top of the cells.
Though if a car is immobile for many years there is the possibility of acid stratification which can adversely affect life, hence my use of 14.2 V as this should give rise to some bubbling in the electrolyte which I hope stops the stratification.

#19
7 years seems to be pretty good nowadays. Though I have had 11 years from an old Made in Australia Century in the Rover some time ago.

Trouble with "lifetime warranties" is, I believe, if the product fails they send out a hitman to eliminate the original purchaser.